On the lives lost in the sinking of the Titanic.

The Titanic left on it’s maiden voyage on April 10, 1912 from Southampton to New York City. It is one of the most recognizable and iconic disasters of the 20th century. Of the 2,224 passengers and crew that set sail about 1500 of them perished when the ship hit an iceberg in the North Atlantic. The catastrophe led to Engineers rethinking the idea that a combination of hull size and durable steel would result in an unsinkable mass. The Titanic remains a symbol of the perils of engineering hubris.

A notable aspect that has received much attention is the lack of lifeboats present on the ship. The 20 lifeboats that were present were capable of taking only 1,178 passengers whereas the Titanic had a maximum capacity of 3,327. Clearly, these numbers don’t add up. Either the engineers had been drinking and designing or they simply could not fathom the idea of the Titanic sinking. I suggest a mixture of both. The sad result of the lack of lifeboats is that the majority of the passengers were unable to secure a position on a raft and perished with the sinking of the ship.

Taking a closer look at the casualties reveals characteristics of early 20th century culture. The first is a preference to prioritize the safety of women and children. Looking at the difference in survival between women and men, the risk of perishing was 27% for women, whereas men overall had a 81% risk of perishing. Nearly all children aboard the ship survived. Given the lack of lifeboats, the women and children first policy practiced within maritime code was an important factor in determining the increased rates of survivorship amongst women.

There is a more unpleasant aspect that arises from the survivor data from the Titanic. The data starkly demonstrate how wealth and class can influence exposure to risk, even under highly volatile disaster situations.

The odds of perishing in the sinking of the Titanic are 26 times higher if you are a women in third class than if you are a woman in first class and about 3 times higher for men in third class. This is a powerful indication of how the systems that were in place to protect passengers were biased towards protecting those with wealth. In other words, those who could afford a first class ticket were not only given greater luxury but their lives were given a higher priority as well.

Events like the Titanic can be highly revelatory. The Titanic was an important event in changing opinions about disaster preparedness. Large scale, unusual, and impactful events do not occur very often but when they do their novelty provides a unique window into the operation of systems that often remain obscured from view. 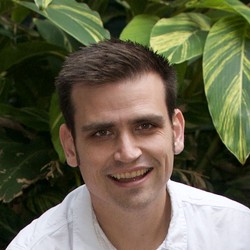